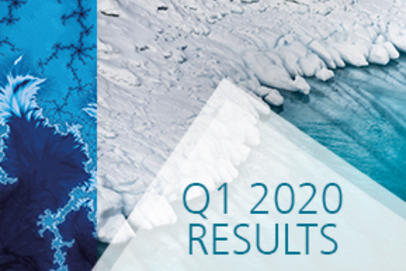 SCOR has successfully sponsored a new catastrophe bond (“CAT Bond”). On December 21, 2006, SCOR entered into a multi-year property catastrophe retrocession agreement with Atlas Reinsurance III p.l.c. (“Atlas III”). Atlas III is a special purpose reinsurance company incorporated under the laws of Ireland in order to provide EUR 120 million of additional reinsurance coverage for SCOR and its...

The Annual General Meeting held on 16 May 2006 approved the consolidation of 10 SCOR shares into 1 new share and decided that the period in which old shares could be exchanged for new shares would begin two weeks after the announcement of the share consolidation in the Bulletin des Annonces légales obligatoires (French official bulletin of legal notices). Applying this decision, the Board of...

Fitch upgrades the SCOR group’s rating to “A-, stable outlook”

SCOR is pleased with Fitch’s decision to upgrade the rating of the Group and its subsidiaries from “BBB+” to “A-, stable outlook”.

The SCOR group increases its shareholding in the capital of ReMark

SCOR Vie has signed a protocol agreement for the acquisition of ReMark Group B.V. (“ReMark”) shares held by Miklo Beheer B.V. (”Miklo”), for EUR 22.5 million subject to the usual conditions, thereby increasing its shareholding in the capital of ReMark, which has stood at 10.2% since 1994. Following this transaction, SCOR will hold 39.7% of ReMark’s capital and 40.2% of the voting rights.

Results for the first nine months of 2006.

The SCOR group obtains a licence in China

The SCOR Group is pleased to have received the approval of the China Insurance Regulatory Commission (CIRC) for a reinsurancev licence in China that will enable it to open a branch in Beijing with a view to conducting property & casualty reinsurance transactions.