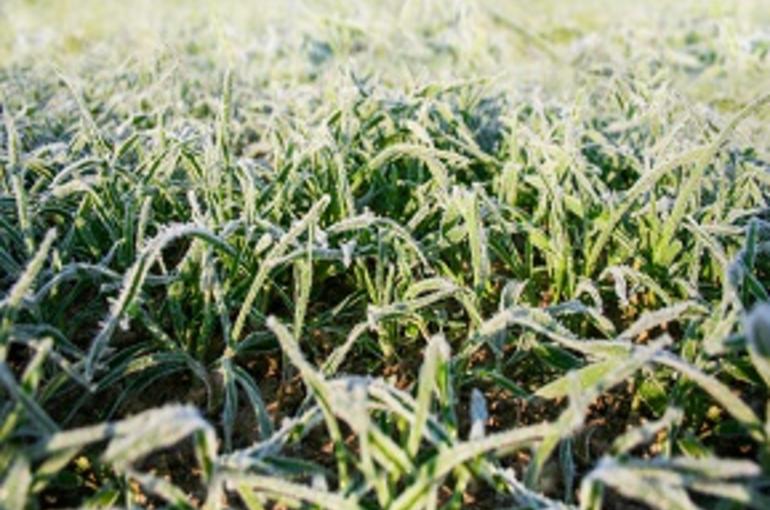 The agricultural industry is faced with a plethora of risks, and some of its major loss drivers are weather-driven natural catastrophes. SCOR’s latest technical newsletter takes a look at winterkill, caused when crops are damaged through exposure to cold in the winter.

In contrast to many other industries, for agriculture it’s not just the occurrence of a certain type of weather-driven event that is important, but also its timing. Even a very intense typhoon cannot cause losses if there are no crops in the field, and reduced rainfall in a two-week period coinciding with critical stages of plant development may cause far more damage than a one-month dry period close to harvest.
Hanna Plotka
Risk Analyst at SCOR Global P&C
Different parts of the world face different weather-driven perils, and one way to classify them is by their geographic extent. Localised events, such as hail, vary in frequency and severity from year to year, but a single event affects only a restricted area. Perils which affect very large geographic regions simultaneously are what we call “systemic risks” or “cat events” and can cause large losses, sometimes even spanning multiple countries. Here we examine one such catastrophic peril: winterkill.
Winterkill is caused when a plant is damaged through exposure to low temperatures in the winter, particularly when there is little or no snow to protect it. Many different types of plants can be affected by this phenomenon, such as pastures and orchards, but in this newsletter we restrict our attention to broadacre crops. Winterkill on crops occurs in regions where, on average, winters are sufficiently mild to plant winter crops but can occasionally also be severe enough to cause extensive damage. Such regions are typically in the mid-latitudes, for instance Lithuania or the Midwest of the United States.
Titre du bloc
Lire le PDF
Visuel 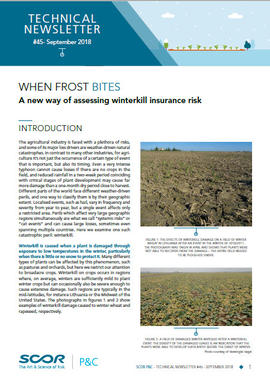