Can democracy survive a concentrated economy?

An interview with Luigi Zingales 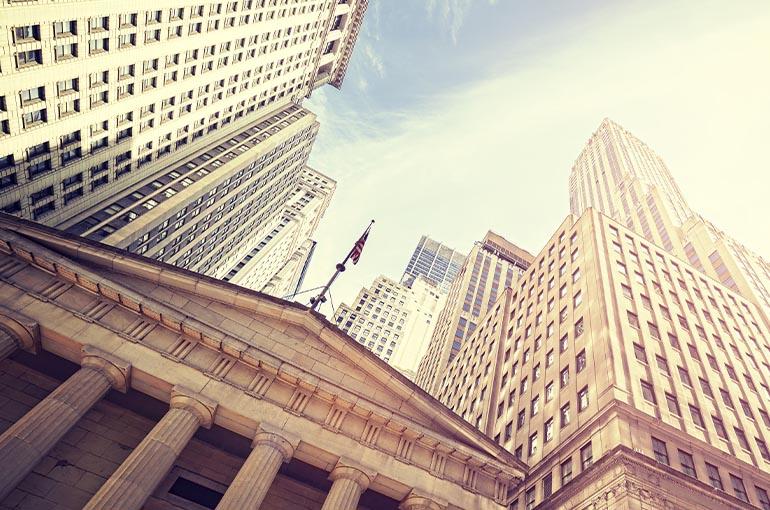 Luigi Zingales (The University of Chicago Booth School of Business) gave an online lecture on the theme of concentrated economy in a conference sponsored by the SCOR-PSE Chair on Macroeconomic Risk. Following this lecture, he answered a few questions about his research.

In your lecture, you stressed the risks resulting from rising monopoly power. Do you think we have entered a new gilded age, where monopolies are once again free to accumulate wealth and power without limits?

Technology plays a big role in industry structure, but this role can be accentuated or attenuated by the political system. The Gilded Age was prompted by the enormous economics of scale and scope modern manufacturing can deliver. To exploit these economies of scale, however, the rubber barons defrauded investors, cheated consumers, and bribed public officials. It took two President Roosevelts to rebalance the system. I think the network externalities and the economies of scale and scope in data collection have created the economic basis for a second Gilded Age. Now it is up to the democratic system to decide how to respond.

The modern economic literature usually focuses on the negative economic aspects of monopolies. Instead, in your talk, you revive an old tradition of economic thinkers criticizing monopolies for their political effects. Can you tell us more about the forefathers of this intellectual tradition? In your opinion, why has this line of research been marginalized in the academic debate?

The idea that monopoly is inimical to democracy is already present in the speeches of John Sherman, the very father of the first antitrust law. Yet, the closest forefathers of this intellectual tradition are Henry Simons at Chicago and the Ordoliberals in Freiburg. This tradition has shaped the U.S. policy in occupied Germany and Japan. Since the 1970s it has been marginalized because it does not lead so easily to mathematical formalization. It also did not fit very well the concerns of the time. When U.S. car giants were eaten alive by foreign competition, it was hard to argue that they were too powerful.

You demonstrate that the causality between rising monopoly power and authoritarian regimes runs both ways. In the language of economists, there are both a “demand” and “supply” for autocracy in a monopoly economy. Let us focus on the demand side first. What may explain why monopolists favor authoritarian regimes over democracies?

Not only are monopolies economically inefficient, they also tend to concentrate a disproportionate amount of surplus in the hands of the few. In a true democracy (where every person matters equally), the pressure towards eliminating the monopolies and redistributing the surplus becomes irresistible. This pressure exists even when redistributing shrinks the size of the pie (i.e., it is inefficient). When it increases the size of the pie (as in the case of the elimination of monopolies), however, such a pressure becomes irresistible. Knowing this, monopolists favor authoritarian regimes, which can withstand that pressure better and protect their monopoly rents. This is what happened with the large German cartels in the 1930s. The big industrialists were not ideologically Nazis, they supported Nazism because they saw it as the best way to protect their market power.

The interaction between monopoly power and autocracy has also a “supply” side. Why is the rise of autocrats facilitated in a concentrated economy? Are there historical or recent examples of such phenomenon?

The road to autocracy is paved with small power grabs. Each one individually seems small, but together these power grabs can transform the most thriving democracy into the most brutal dictatorship. The only possible block road to this transformation is some form of popular revolt, which does not necessarily take people to the street, but that engenders civil disobedience. Thus, the chances of success of an aspiring autocrat will be   higher, the more stealthy his power grabs are.

By concentrating a lot of power in a few hands, monopolies make it easier for an autocrat to grab power without using force. Consider the case of Turkey’s President Erdogan. By privately threatening to exclude Facebook from Turkey, Erdogan succeeded in censoring dissent. If the market for social media were competitive, he would never have been able to do so without formally passing a law, with the political costs this would have entailed.

You compare monopolies to a “loaded gun”, pointed at democracy. What can we do to limit the political influence of monopolies? Should the state intervene?

The narrow interpretation of the antitrust mandate has left governments and judges around the world unequipped to deal with the problem of limiting the political power of monopolies. We do not want to go back to an era when President Nixon was using the antitrust power to target his political enemies. Thus, we need intellectual guidance on how antitrust should tackle the political influence of business without leaving room for arbitrariness and capriciousness. Much of the effort of the Stigler Center at the University of Chicago is aimed at developing such intellectual guidance. Without it, it is difficult for any state to intervene.

You quote Henry Simons, an influential early 20th Century American economist: “the great enemy of democracy is monopoly in all forms (…), ie, the organization and concentration of power within functional classes”. This suggests that in the “first-best” society, both economic monopolies and “social monopolies”, that is, organizations or social classes, should be eliminated. Do you share these views?

I do believe what Lord Acton said, that power tends to corrupt and absolute power corrupts absolutely. This is not only true on the side of the industrialists, but on the side of the unions as well. For example, in the United States the police union is very strong and in most states has obtained extraordinary legal protections, which are shielding even the most rogue cops. In the state sector, where there is no competition, unions have too much power. In the private sector exposed to competition, however, unions are not a problem. In fact, they are a necessary protection for workers.

In capitalist economies, private firms seek at maximizing their profits and – ultimately – at becoming monopolies on their market. That is, capitalism naturally tends to give rise to monopolies, which, as you stress in your presentation, is a danger for democratic regimes, do you think there is a tension between capitalism and democracy?

In many markets, freedom of entry insures that profit maximization does not lead to monopolies. The most serious threat to competition does not come from the desire of firms to maximize profits by outcompeting their rivals, but from their desire to maximize profits by subverting the rules of the game. For example, Facebook succeeded in gaining its dominant position in the social media market by making it illegal for other firms to access the content account holders post on the platform, even with the account holder’s consent. The only defense against this distortion is to have a political system responsive to the interest of the people at large, rather than to a small group of producers. Thus, capitalism needs democracy. The tension between capitalism and democracy is not a bug: it is a feature. As I wrote in my book “A Capitalism for the People”, without democracy capitalism becomes a monopolistic plutocracy. Without capitalism, democracy does not prosper economically. The best system emerges from balancing this tension.

Recently, social media have banned right-wing extremists from their platforms. You warn that this limitation of their freedom of speech sets a dangerous precedent for modern democracies. Yet, the seizure of power by anti-democratic movements may also ultimately endanger freedom of speech. To which extent do you think we may face a trade-off between today’s and tomorrow’s freedom of speech?

For 75 years Western democracies have prospered not by limiting the freedom of speech, but by delivering to their citizens a system that works for them. I grew up in Italy where any Fascist propaganda was and still is a crime. In spite of that, a crypto fascist party has always existed. When the country was growing and his citizens were happy, this party was getting only a small fraction of the votes. If this very party is now poised to win the next election is not because of excessive freedom of speech, but because Italian democracy is failing its citizens. 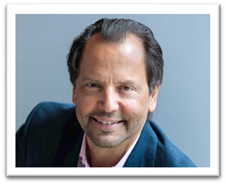 Luigi Zingales’ research interests span from corporate governance to financial development, from political economy to the economic effects of culture. He co-developed the Financial Trust Index, which is designed to monitor the level of trust that Americans have toward their financial system. In addition to holding his position at Chicago Booth, Zingales is currently a faculty research fellow for the National Bureau of Economic Research, a research fellow for the Center for Economic Policy Research, and a fellow of the European Governance Institute. He is also the director of the Stigler Center for the Study of the Economy and the State. Zingales also serves on the board of ProMarket and is the co-host of the podcast Capitalisn’t. In 2014 he was the President of the American Finance Association

The SCOR Corporate Foundation for Science, created in 2011, forms part of the Group’s long-term commitment to research and disseminating knowledge about risk. It promotes and finances research by means of subsidies, awards and conferences. The Scientific Council of the SCOR Corporate Foundation for Science, consisting of renowned scientists from a variety of disciplines, is in charge of determining its orientation in the areas of intervention that may be selected, with regard to the main projects on which it has to decide and its long-term strategy. 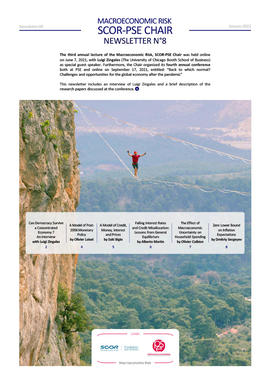