May the entrepreneurial wave flourish! – Editorial for Challenges by Denis Kessler

For a few years now, France has seen a wave of entrepreneurship that constitutes without doubt the only reason for optimism – and satisfaction – in this more than mediocre economic and social climate. The new generations are increasingly choosing the path of business creation, as demonstrated by the number of start-ups, the multiplication of projects and the increase in success stories. After a long period of lethargy, we can finally see the emergence and expansion of a genuine entrepreneurial culture.

It’s difficult to say what causes this kind of wave to happen. If we knew, we could just create one! Some people think that entrepreneurship is a chemical thing – put the ingredients together, and you’ll get a reaction. In reality, it has more to do with alchemy.

Entrepreneurship is a cluster phenomenon. This may seem paradoxical given that entrepreneurs are usually presented as individuals, personalities with a taste for risk and a vision that they implement by undertaking projects for which they assume responsibility.

There have always been entrepreneurs, of course, but the number of them appears to follow a cycle.

The reason behind the wave resides largely in technological changes. Entrepreneurship is inherently disruptive: it consists in challenging an existing structure, market or way of operating. New technology – as Schumpeter demonstrated – has been one of the main conduits for generations of entrepreneurs. Today, a lot of new technology has the advantage of not being very capital intensive. Entrepreneurs can therefore venture into it without having to amass significant capital beforehand.

This is all the more true given that the current entrepreneurial buzz is accompanied by renewed interest from financiers (business angels, capital riskers, crowdfunding, and so on) who are supporting the creative trend by feeding it more and more. Disruptive technology, relatively low barriers to entry, more abundant capital risk financing – many want to and can ride the wave.

But this is not enough by itself. This cluster of individual projects often appears in a country or a region, like a chain reaction. Evidence indicates that the wave is a kind of germinative phenomenon. It’s no coincidence that we often talk about jeunes pousses or “young shoots”. It takes a favourable environment for them to thrive, along with collective motivation and a suitable breeding ground. With many attempts, flamboyant high-profile successes and swallowed failures, the trend sustains itself. France should be proud of this budding growth, and promote it. All the more so since entrepreneurs, made up for the most part of the young generations, are on the frontline of unrest – which is economic for once, rather than political as it has been in the past.

Why are we witnessing this trend today? A factor specific to our era must be mentioned here: large organisations are less attractive to the new generations. State organisations no longer attract, because their career and talent management policies are so archaic and frustrating, with highly restrictive seniority rules and remuneration levels that dissuade talent. But many large corporations also seem to be less attractive than in the past. Perceived as bureaucratic, hierarchical, vertical and overloaded with procedures, they don’t satisfy the aspirations of young talent to freedom, risk-taking, individual success, networking, jeans and veggie meals. Needless to add, the crazy taxes on salaries discourage those who see that financial success is now achieved through entrepreneurial success rather than through bonuses. Financial gain remains an effective driver, and it is better to sell your company after a few years of development – often to a much larger structure – than to negotiate your bonus and accumulate pension points while champing at the bit to achieve more. Entrepreneurship is so attractive because it enables people to create wealth for themselves, and pays them not through a salary but according to the value they have created through their efforts, their risk taking and their ingenuity.

All trends can change. A lot of talented people who were trained in France continue to seek success under other skies more conducive to creation, innovation and success. The grave errors committed at the beginning of the current French presidential term in terms of fiscal policy – let’s not forget the “pigeon movements” – nearly destroyed this entrepreneurial wave. But it prevailed: corrective measures have been taken. We must continue to encourage it. And the large corporations – facing competition from it on the labour market – must develop performance-linked forms of wealth creation to add to salaries.

Social and fiscal measures are still required to feed the wave, but it will also take the recognition of entrepreneurial values – innovation, risk-taking, value creation, competition, the celebration of success and the acceptance of failure, freedom of movement, openness to the outside world – for our country to once again become a fertile ground for the creation of business and the jobs of tomorrow. 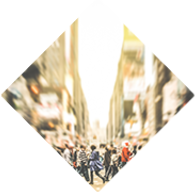