IMPLICATIONS OF AUTOMATED VEHICLES ON THE MOTOR MARKET: the German model 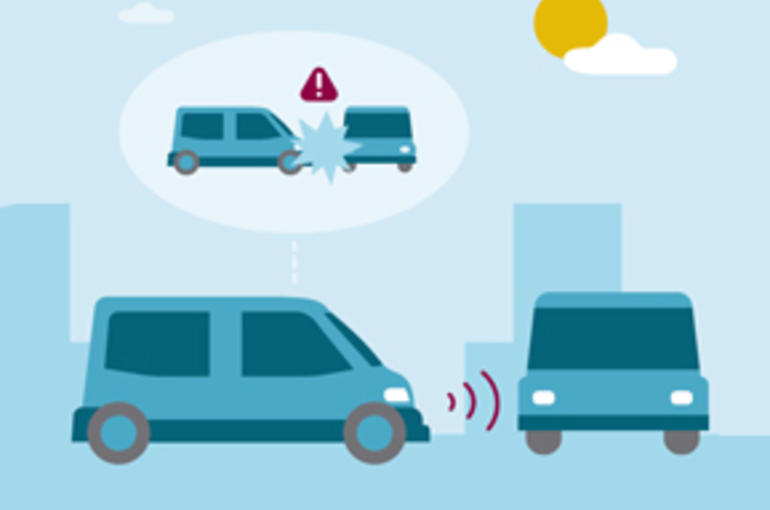 The increasing use of automated vehicles will change the insurance landscape permanently, with the lower likelihood of accidents greatly reducing premiums in motor insurance. With an expectation of widespread use of fully autonomous vehicles, those which provide the highest level of safety, some studies estimate this reduction at more than 70% of the market premium volume by 2050[1].

However, to assess the implications of automated vehicles on a specific market, the time horizon and severity of the ultimate impact must be separately estimated. The time horizon depends on the penetration rate of automated vehicles in the underlying motor portfolio; the severity impact for insurers also depends on this penetration rate and on the new risk premiums, which will be lower than the risk premiums for conventional vehicles. In addition to this, the different stages of this technological progress – commonly referred to as levels of automation – must also be considered, along with their corresponding efficiency.

This article analyses the penetration of the different levels of automation and the corresponding change in motor premiums for a sample market. Germany is chosen as the observed market due to its mature motor portfolio and its characteristics. Because 8% of the existing motor vehicles are capable of level 2 automation[2], the German motor portfolio is already fairly exposed to this emerging risk. In addition, due to market drivers such as Germany’s legislation and the developing infrastructure, it is assumed that Germany’s motor market will experience a swifter transformation than those of other countries.

Although the key assumptions described in the following can of course be transferred to other markets, the country specific characteristics of each market may influence the weighting and importance of these assumptions.

[1] KPMG, The Chaotic Middle: The Autonomous Vehicle and Disruption in Automobile Insurance. 2017. 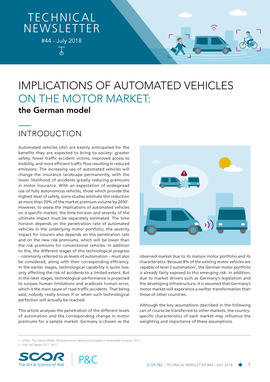 _tnl_automa ...
Subscribe to alerts
Stay up to date with all the latest from SCOR