Information relating to the total number of voting rights and shares comprising the share capital  (Article L. 233-8-II of the French Commercial Code and 223-16 of the General Regulations of the Autorité des marchés financiers).

(1) Each at a nominal value of EUR 7.8769723.
(2) The gross number of voting rights is calculated on the basis of all shares carrying voting rights, including shares whose voting rights have been suspended (Art. 223-11 of the General Regulation of the AMF).

Shareholders declaring having more than 5.0% of the registered capital and shareholders represented on the Board of Directors

Pursuant to the shareholders’ notifications received by SCOR, there was no shareholder other than those indicated in the table above, holding, directly or indirectly, alone or in concert, more than 5.0% of the share capital and/or voting rights of the Company as at December 31, 2019. There is no covenant stipulating preferential terms for the sale or purchase of ordinary shares eligible for trading on a regulated market, or for which an application is pending, and representing 0.5% or more of the share capital or voting rights that has been notified to the AMF. No ordinary shares have been pledged. 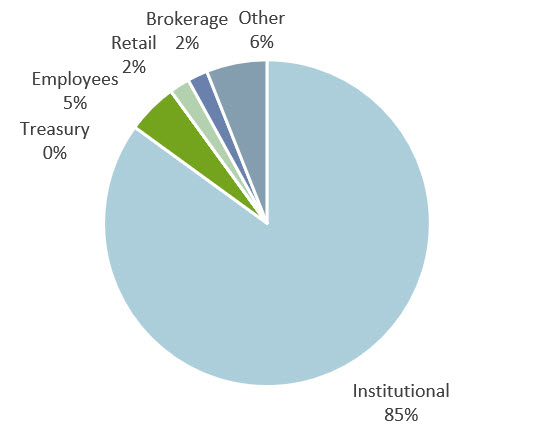 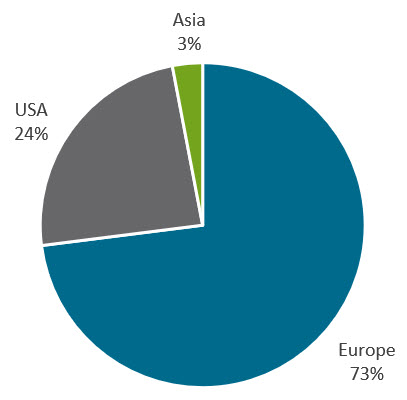 SCOR aims to remunerate shareholders through cash dividends, and if relevant, does not exclude special dividends or share buy-backs. Overall the Board of Directors will aim to maintain a minimum payout ratio of 35% over the cycle, while pursuing low variation in the dividend per share from year to year.

The dividend amount is decided at the Shareholders' Combined General Meeting based on the proposal made by the Board. This proposal takes into consideration the overall profitability and solvency position of the Group.

1. 2020 dividend subject to approval of the 2021 shareholders’ Annual General Meeting

SCOR shares are publicly traded on the Eurolist by the Euronext Paris stock market.

SCOR shares are also tradable over the counter on the Frankfurt Stock Exchange.

Join our Club as soon as you can. You will then be invited to events dedicated to our individual shareholders. You will also have the option of receiving our press releases directly by email.

To become a Club member, just complete the membership form below. You can also contact the Investor Relations Department by phone on +33 (0)1 58 44 73 83 or by email at actionnaires@scor.com.

You can also contact the Investor Relations Department at InvestorRelations@scor.com