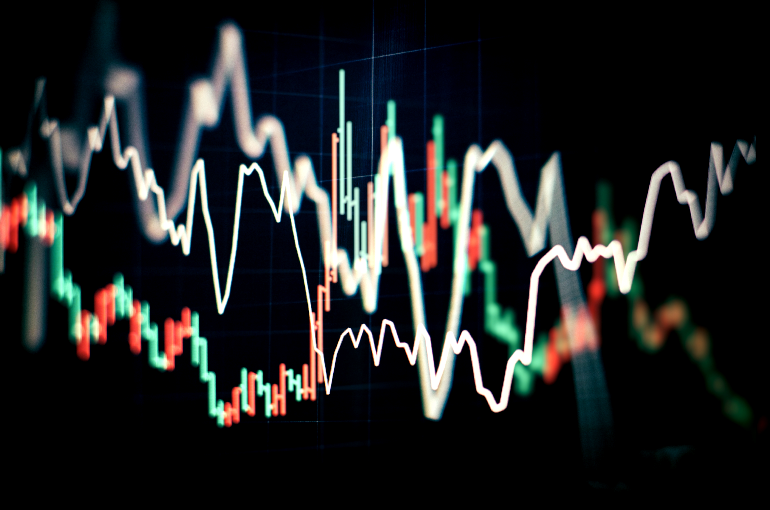 Keep calm and carry on

With inflation becoming widespread, the monetary normalization initiated by most central banks in the first half of the year has unsettled markets. With 17 weeks of negative performance out of a total of 25 since January 2022, a week ago the S&P 500 index was down more than 20% from the high, thus officially entering bear territory. Fixed income has fared only marginally better, with the US and Euro government bond markets down 10% and 13% respectively year-to-date, representing the bond market’s largest underperformance for two consecutive quarters on record. Currency markets have not been spared either, with the Yen recently hitting 136.5 versus the USD, a 25-year low. And finally, the crypto market has collapsed, with Bitcoin down nearly 70% from its November 2021 highs.

Supply-chain bottlenecks, reinforced by the Ukrainian conflict and China’s lockdown, have helped to reinforce the inflationary pressures triggered by the rapid and desynchronized post-pandemic reopening of global economies. These increases, however, now appear to go well beyond energy and food components.

In the US, a (long-awaited) peak is yet to materialize, with US CPI reaching 8.6% in May (YoY), a return to December 1981 levels. Indeed, after a pause in April, US CPI data accelerated by 1% in May, well above April’s increase (+0.3% MoM) and consensus estimates of 0.7%. More worryingly, core CPI was +0.6% compared to April, driven by further increases in the cost of services and shelter.

Within this context, central banks have revised their inflation forecasts up, shifting their 2% target to 2024 and accelerating the pace of the rate hikes, thus demonstrating their willingness to stay ahead of the curve.

Hence, for the first time since 1994, the Fed raised its key rate by 75 bps at its June 14 meeting, abandoning the 50 bps announced at the previous meeting and contrary to forward guidance. For its part, the ECB signaled an end to a decade of negative or zero rates, announcing a first hike for July 2022 while paving the way for a potential further 50 bps increase in September. Even the Swiss National Bank raised its rate by 50 bps to contain imported inflation resulting from the weakening of the Swiss franc. Only the unstoppable Bank of Japan continues to pursue accommodative policy, one reason for the Yen’s fall to historical lows.

The priority for central bankers is to fight inflation, assuming that growth remains on track, albeit weaker than expected.

With inflation returning to levels not seen since the 1980s, the Great Inflation period provides a close point of comparison. Indeed, the recent hawkish pivot taken by central banks is reminiscent of the Volcker period, during which the then Fed chairman decided to bring rates to 20% to fight double-digit inflation, even though it led to two recessions. It should be remembered, however, that Volcker's intervention came after years of indecisive monetary policy which anchored inflation expectations. Markets had lost all confidence that the central bank would be able to bring the situation under control, as reflected in the University of Michigan consumer survey of expected price changes over the next 5-10 years, which jumped to an extraordinary 9.7% in February 1980. By comparison, this indicator currently stands at 3.1% (June 2022), despite having increased recently.

The Volcker period is also known for the 1981-82 recession, which pushed the broad unemployment rate to 10.8% by the end of 1982, while residential construction and auto manufacturers ended the year with 22% and 24% unemployment, respectively.

Although we cannot entirely rule out the possibility of a scenario in which inflation is not controlled quickly, which would require massive central bank intervention to both restore confidence and regain a 2% inflation rate, the circumstances so far are different from the 1970s.

Indeed, the economy leading into the Volcker period had been weakened by the “stop and go” monetary policies put in place in the late 70s, and by the credit control initiated at the beginning of 1980 by the Carter administration. Whereas, so far, we are entering the current inflationary period with resilient economic data and a strong labor market. In the absence of an alternative reference, however, the fear of seeing the period repeated will continue to fuel market volatility.

The trade-off between inflation and growth could become increasingly challenging, as reflected by the recent flattening of the US interest rate curve, a sign of an impending recession. Similarly, the rise in 30-year fixed mortgage rates above 6% and the fall in mortgage application volumes to a 22-year low could lead to a reversal of prices in the housing market, and ultimately weigh on consumer confidence.

How to navigate the storm?

Although the confidence that central banks have enjoyed to date should help to avoid a repeat of 1980s market turbulence, that confidence has been eroding. Growth conditions during this shifting regime period will remain key, while the geopolitical situation and the long-lasting effects of the pandemic make the equation more complex.

To navigate this choppy environment, investors should focus on liquidity and quality, prioritizing investment solutions that are immune to interest rate moves and have limited sensitivity to the economic cycle.

Regarding liquidity and quality, one option would be to build a short-duration portfolio that allows regular roll-over, enabling the portfolio to capture higher yields as they increase. Here, US-denominated single-A corporate bonds are currently attractive on both yield and fundamentals. USD-denominated corporate bonds with a single-A rating and a duration of around 3.5 years are currently yielding 4.3%, a level comparable to that offered by the US high yield market at the beginning of the year. Further, investment-grade corporates generally exhibit sound financial metrics that should allow them to absorb margin declines and preserve their ratings, thereby offering some stability through an otherwise volatile market, even in exposed sectors.

Another option would be to invest in asset classes with low sensitivity to the economic cycle. In this respect, the infrastructure debt market provides a sweet spot. This asset class is historically less exposed to market volatility and economic downturns, benefiting from long-term contracts and stable cash flows. Projects with strong inflation protection, such as that provided by renewables with their contracted revenues, are also attractive. Indeed, such debt generally provides floating returns, which may benefit from future rate hikes, while providing comfort to investors in the knowledge that financing is contractually hedged by the borrower. Here we anticipate a robust pipeline of opportunities, as the need for increasing energy autonomy has been highlighted by the geopolitical environment.

In the coming weeks, the key driver for markets remains the issue of whether central banks can contain inflation and, if they can, what impact this will have on economic activity. In the face of instability, investors must rely on fundamentals to find, select, and manage their investments, building robust and resilient portfolios to stay the course.