SCOR Global P&C today announces the consolidation of its specialty insurance platform in the London Market. The platform will offer either company (SCOR) or Lloyd’s paper or a combination of both to its growing customer base.

Stuart McMurdo, who was appointed CEO of SCOR UK on 1 April 2018, will be appointed CEO of The Channel Managing Agency, the Managing Agency of the Channel Syndicate, with effect from 1 September. He will succeed David Reed, who retires on 31 August. David Reed will continue as a Non-Executive Director of The Channel Managing Agency.
Tom Corfield, existing Active Underwriter of the Channel Syndicate, has been appointed to the additional role of Chief Underwriting Officer of SCOR UK.
Both Stuart McMurdo and Tom Corfield have joined the Board of Directors of SCOR UK and their appointments have been approved by the regulators.
Laurent Rousseau, Deputy-CEO of SCOR Global P&C, commented: “The appointments of Stuart McMurdo and Tom Corfield in their dual roles at SCOR UK, The Channel Managing Agency and the Channel Syndicate represent a key step towards the consolidation and strengthening of SCOR Global P&C’s specialty commercial lines insurance platform in the London Market. A unified senior management team with oversight across a single, strong insurance platform in the London Market will significantly enhance our presence in the market and our ability to satisfy our clients’ needs through tailored solutions, while improving our ability to provide a global offering by federating the means and expertise of our teams throughout the world”.

Stuart McMurdo was previously Head of Reinsurance at Santam Limited, South Africa’s largest short-term insurer. His responsibilities included both the buying of reinsurance for the Group and the establishment of Santam Re, a business writing inwards reinsurance around the world. Before joining Santam, Stuart was a General Manager of one of South Africa’s leading retail brokerages, having previously spent 11 years with the Hannover Reinsurance Group in various senior management roles, both in South Africa and Germany. He has over 20 years’ industry experience. He obtained a Bachelor of Accounting Science and Honours from UNISA and is a Certified Financial Accountant.
Tom Corfield is a founding partner of The Channel Managing Agency and the Active Underwriter of Syndicate 2015.  In 1981 he started his career broking with The Sedgwick Group, and in 1987 moved to underwriting. Tom joined Liberty Syndicates in 1997, becoming the Active Underwriter six months later, a role he held for 11 years before becoming the Director of Underwriting.  For six years from 2004 he was a board member of the LMA, Deputy Chairman of the Underwriting & Claims Committee and Chairman of the Non-Marine Committee. In 2006, Tom was a member of the Council of Lloyd’s.

About SCOR UK and The Channel Managing Agency

The Channel Managing Agency Ltd and SCOR UK Limited are separate legal entities, both regulated by the PRA and FCA. The Channel Managing Agency is operated by a distinct infrastructure compliant with Lloyd’s minimum standards. The combined insurance infrastructure, with the appropriate management structures, will be governed by individual Boards of Directors with common Independent Non-Executive Directors, forming the basis of the London Market Platform for specialty commercial lines insurance distribution.
Back to list
Learn more about this topic 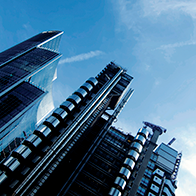 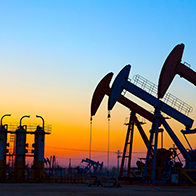 A global technical and expertise center, facilitating business development as well as synergies between underwriting teams

Following the organizational announcement in September 2018, SCOR Global P&C announces appointments to adapt its structure to serve its strategy and be more client-ce