Body
SCOR just learned with great surprise and astonishment that, during market operating hours, Covéa issued a press release stating that “a transaction with SCOR is no longer part of its strategic options”. SCOR has decided to bring this matter to the attention of the Autorité des Marchés Financiers (AMF).
SCOR had not previously been informed of Covéa’s change of position. SCOR strongly denies the claim by Covéa that there were “continued attacks and hostile tactics targeting Covéa”. In particular, SCOR has made no public statement on Covéa and its intentions since November 13th 2018.
SCOR has had serious doubts since last August about the intentions and behavior of Thierry Derez and Covéa. These doubts are now substantiated.
Given the seriousness of the facts and evidence brought to the attention of SCOR and its governance bodies relating to the misconduct committed to the detriment of SCOR, in the context of the preparation and submission by Covéa of its unsolicited proposed combination with the SCOR group, SCOR has been compelled to initiate legal actions against Thierry Derez (Chairman and Chief Executive Officer of Covéa SGAM, Chairman of Covéa Coopérations and former director of SCOR in his personal capacity), Covéa SGAM and Covéa Coopérations as legal entities1, Barclays (Covéa’s financial advisor and financing bank) and Rothschild. These legal actions consist of:
SCOR also intends to initiate the following legal actions against Thierry Derez and Covéa:
These proceedings are intended to sanction and remedy the alleged criminal and civil misconduct having resulted from, inter alia, the unlawful misappropriation, disclosure, communication and use of SCOR's sensitive and strictly confidential documents and information which Thierry Derez had access to as a director of SCOR in his personal capacity. The SCOR group considers in particular that this unacceptable misconduct was committed with the aim of wrongfully favoring the preparation and submission by Covéa of its unsolicited proposed combination with SCOR. This serious misconduct has compelled SCOR to bring actions before the relevant courts.
SCOR was informed by Credit Suisse in November 2018 of its decision, for reasons of compliance with the laws and regulations in force, to withdraw its support for any plans by Covéa to take control of SCOR. SCOR commends this decision by Crédit Suisse, which is to its credit.
SCOR intends to inform the relevant regulatory authorities in France and abroad of these legal actions.
SCOR points out that:
The SCOR group strongly condemns the serious misconduct committed by Thierry Derez and by Covéa. It remains fully committed to defending its rights.
This publication is an ad hoc disclosure pursuant to Article 17 of Regulation (EU) No 596/2014 of 16 April 2014.
1 Referred to together as “Covéa” in this press release.
2 Please refer to SCOR's press release dated September 4, 2018 "SCOR Reaffirms its Independence and Acknowledges Covéa's Decision to Withdraw its Proposal on a Potential Combination."
3 Please refer to SCOR's press release dated September 27, 2018.
4 Please refer to SCOR's press release dated November 13, 2018 "SCOR Acknowledges Thierry Derez's Decision to Resign from his Position as a Member of SCOR's Board of Directors, Following the Opinion Rendered by the Haut Comité de Gouvernement d’Entreprise."
Titre du bloc
Read the PDF
Visuel 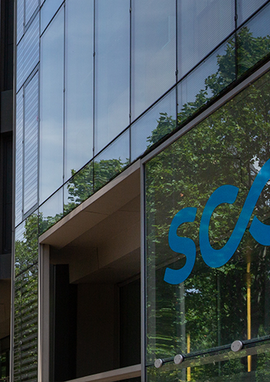