SCOR records net income of EUR 275 million for the first six months of 2016, confirming the strength of its business model

Body
In the first half of 2016, SCOR continues to deliver strong results. The technical profitability and net income generation recorded by the Group demonstrate SCOR’s capacity to absorb various shocks, such as a high number of natural catastrophe events, the UK referendum results leading to the announcement of Brexit, low and prolonged interest rates and a long-lasting P&C soft cycle.
Image 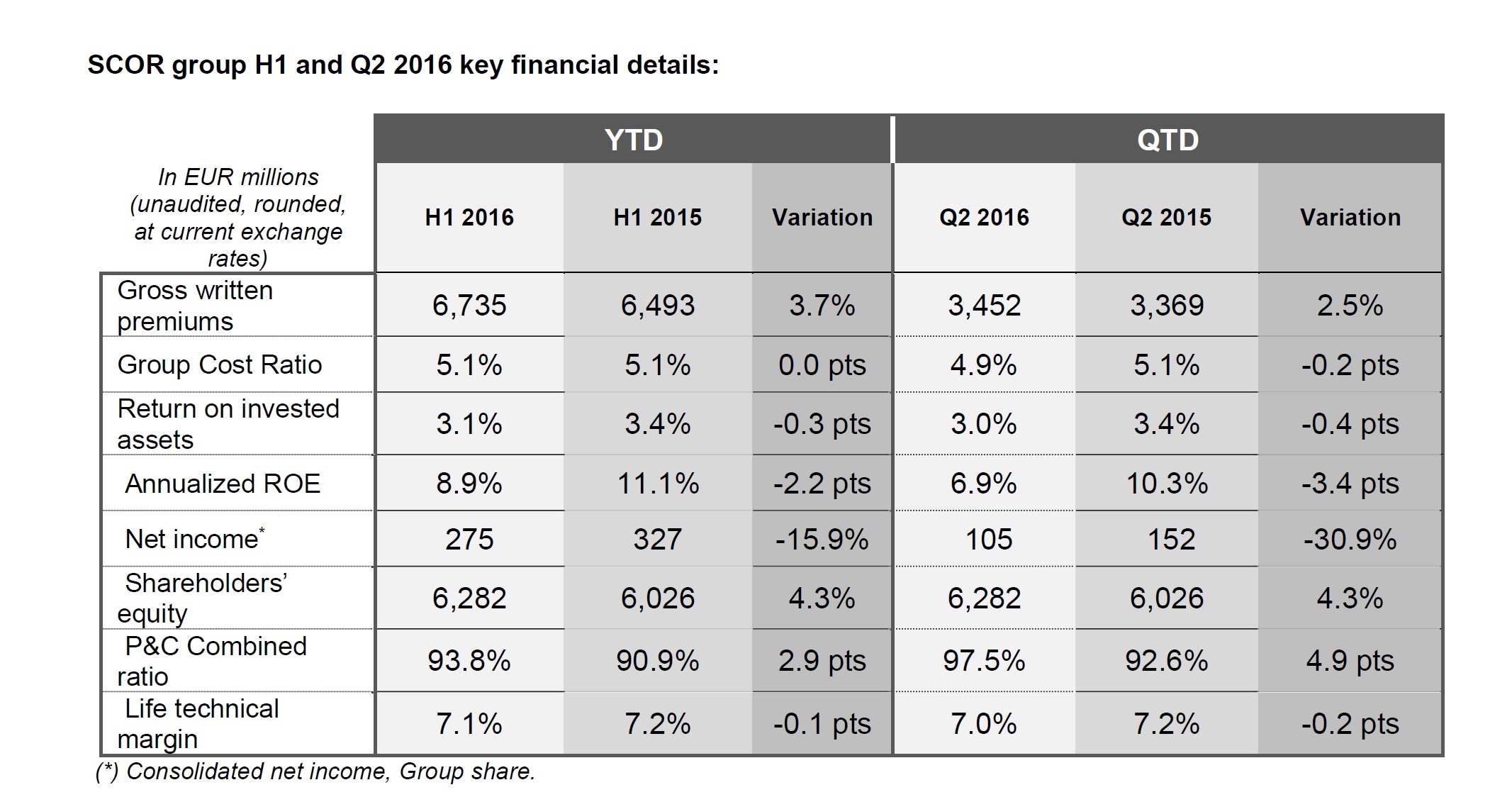 Denis Kessler, Chairman & CEO of SCOR, comments: “In the first half of 2016, SCOR has proved its capacity to absorb shocks thanks to its high level of diversification. Despite numerous natural catastrophe events and the political uncertainty following the UK referendum, SCOR continues to post strong results. SCOR keeps on expanding its footprint in the first half of 2016, with both the Life and P&C divisions delivering strong technical profitability. SCOR Global Investments records a solid return on invested assets over the semester in a record low yield environment. With these half-year results, SCOR fully achieves the targets set out in “Optimal Dynamics”. The Group is currently preparing to unveil its new strategic plan at SCOR’s next Investor Day on 7 September.”

2 Adjusted financial leverage ratio will stand at 25.5% after the redemption of the CHF 650 million and EUR 257 million subordinated debts callable in Q3 2016.

3 The H1 2016 estimated solvency ratio has been adjusted to 210% to take into account the early redemption of the two debts to be called in Q3 2016, as previously announced (the 6.154% undated deeply subordinated EUR 257 million notes callable in July 2016 and the 5.375% fixed to floating rate undated subordinated CHF 650 million notes callable in August 2016). The estimated solvency ratio based on Solvency II requirements is 230% at 30 June 2016. 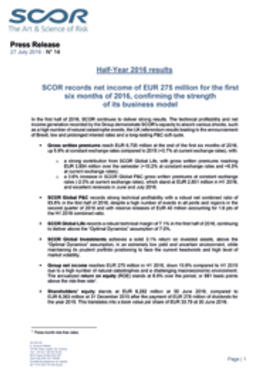