Is all credit created equal?

How to navigate the rampant expansion of the leveraged loan market 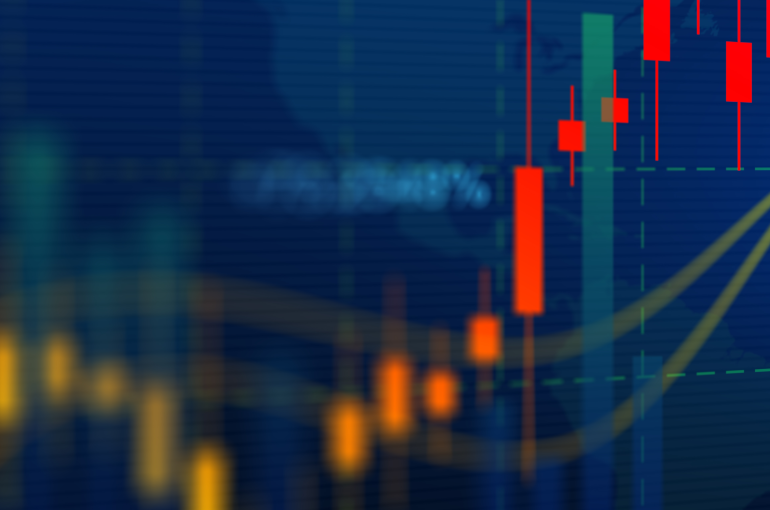 How to navigate the rampant expansion of the leveraged loan market

A few weeks ago, the European Central Bank publicly highlighted the increasing risks taken by banks in their leverage lending activity. Indeed, in a letter sent to the CEOs of the European banks under its supervision, the ECB made the implementation of a well-designed risk appetite framework for leveraged transactions a key priority for 2022-2024. This action was motivated by the meaningful expansion of the leveraged loan market over recent years which saw banking exposure to leveraged loans rise from 40% to 60% of CET1 capital over a period of less than four years. Moreover, a significant part of this increase came from highly leveraged transactions, transactions for which total debt is more than 6 times EBITDA at the time of origination.

The main driver behind this increase has been the tremendous growth of private equity, providing a constant demand for leveraged financing.

Not only has the number of transactions increased, but also their size. If we needed a demonstration, 2021 clearly illustrates the tremendous interest of investors in private assets. This was a year in which global fundraising for private assets reached the dizzying sum of USD 1.2 trillion. Alongside which we saw USD 1.1 trillion of buyout activity, twice the 2020 total and a level sufficient to break the previous record set in 2006.

While the number of individual deals jumped by +16% 2021, the increase in value was largely driven by deal size, with the multiyear trend toward bigger funds doing bigger deals accelerating in 2021. In this context, the Medline Industries takeover was an iconic transaction with a USD 30bn investment led by Blackstone, Carlyle, Hellman & Friedman, and GIC. The transaction is emblematic of the mega-deal trend, however, this trend is a broader phenomenon with a clear impact on the middle market, where the number of USD 1bn+ deals roughly doubled, helping increase the average deal size by 57%.

As the ECB highlighted, along with 2021’s soaring primary volumes, credit spreads for the riskiest transactions were back at their lowest levels since the Great Financial Crisis. This, the weakening of loan agreement documentation (i.e. “covenant-lite loans”) and the lower average credit quality of outstanding loans, may even suggest that risks are higher than before the GFC.

Beyond a generally worrying overall picture, we should not forget the leveraged loan market is not a single system, nor is it homogenous.

First, the ECB’s concerns deal with the risk underwritten by European banks in the context of their global financing activity and thus references both US and European markets. This could be misleading, however, as there are significant differences between these two markets. Although the North American market benefits from greater market depth and liquidity, the structures generally carry more leverage, have a weaker equity buffer, and documentation is much less protective than in continental Europe.

Then, while the overall rise in leverage highlighted by the ECB is a fact, the headline number includes second-lien tranches whose use has multiplied.  Disaggregating the data shows leverage only stands at 4.83x at the end of 2021 when calculated on first lien senior levels only, a relatively modest increase versus that recorded in 2018 or even 2007 (at 4.77x and 4.46x, respectively).

Finally, equity contribution remains at a particularly high level. Indeed, European transactions benefitted from an equity contribution of 53% on average in 2021, mitigating the risk associated with increasing acquisition multiples, which was primarily supported by equity sponsors. Returning to the differences between the European and the North American markets, it is worth noting that equity contribution was less than 40% on the other side of the Atlantic. The characteristics of the European leveraged loan market are clearly strong mitigants.

It is also worth remembering that mainstream data is sourced from the corporates themselves. Here we note that EBITDA calculations can often include several restatements, the well-known "add-backs", tools used by sponsors to maximize the amount of debt financing their acquisitions. If we look through these restatements, debt leverage would be significantly higher than the official numbers which could put debt repayments in doubt.

How to navigate in this environment?

The materiality of “add-backs" has grown significantly. When referencing the Financials Due Diligence package, credit analysts must challenge each adjustment to estimate a realistic level of EBITDA. In an environment where a companies’ growth is often achieved through external acquisition, a critical review of the expected synergies is key. Overly optimistic synergy assumptions in the recent past have led to unsustainable debt leverage and, ultimately, debt restructuring.

Being disciplined and selective is reinforced by at least two macro factors:

Firstly, the inflection of monetary policy and associated rise in interest rates “could negatively impact the financial performance and repayment capacity of borrowers in a wide variety of industries” so notes the Shared National Credit Program run by the Fed and released in February 2022. In the US, where the Secured Overnight Financing Rate (SOFR) is expected to increase by 200bps over the course of 2022, this takes on a significant weight.

Secondly, the inflation of input cost bases (energy and raw materials), a secondary effect of the Ukraine crisis, is already significantly affecting some sectors.  Companies facing difficulties passing through cost increases to clients will have to choose between their EBITDA margin and their top line numbers. The lighter the fixed cost basis the better.

Nevertheless, the average credit spread provided by European leveraged loans currently stands between 4.5% and 5% over the risk-free rate (floored at zero). This level is particularly high from an historical point of view but also in relative terms in comparison to other investment alternatives in the fixed income universe.

Inflation and its consequences are a new dimension that should be carefully taken into account. Determining the adequate balance between the level of leverage and the resilience of the underlying business will be the key to building a robust portfolio.

The performance of this asset class will therefore depend on expertise and the discipline of banks and asset managers. As always.

This article is an opinion article and does not constitute investment advice or recommendations. Neither the authors nor SCOR Investment Partners assume any liability, direct or indirect, that may result from the use of information contained in this opinion article.