Denis Kessler: “This pandemic is a historic test of resilience for the world” 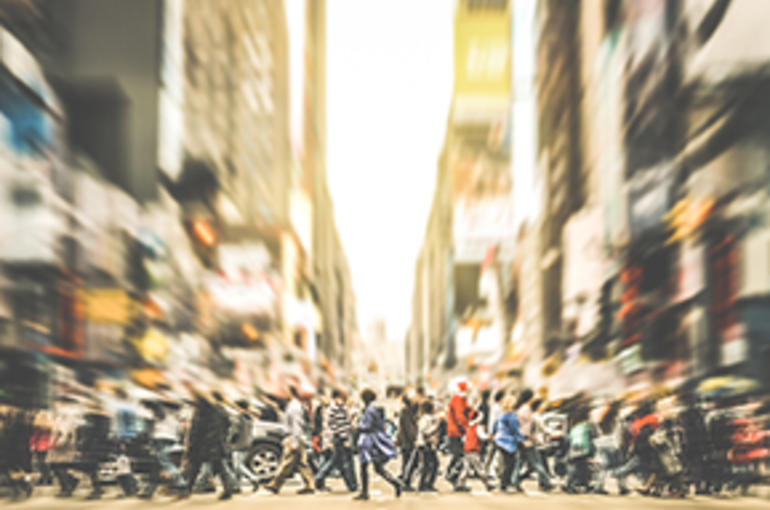 In an interview with l’Opinion, Denis Kessler, Chairman and CEO of SCOR, talked about the disruptive impact the COVID-19 pandemic could have on the world.

When l’Opinion interviewed him more than three years ago about the major risks facing the world, the Chairman & CEO of SCOR had mentioned a global pandemic. Now we’re in the middle of one. The COVID-19 epidemic could have highly a disruptive impact on the world, says Denis Kessler.

Why weren’t the stakes involved in the COVID-19 crisis understood sooner?

Epidemics and pandemics follow so-called “logistic” evolution curves: the number of infected people – and the number of associated deaths – grow very slowly, then exponentially, before declining and stabilizing. At the beginning of an epidemic, the curves showing the spread of the virus in the population are relatively flat. This slow “start” can lead to a false sense of security, with people believing themselves to be more or less safe.

Awareness rises when the epidemic gathers sudden and dizzying speed, growing exponentially: one infected person contaminates two people, who each contaminate two more people, and so on. It’s like when a small wind slab turns into an avalanche, carrying everything in its path with it. By the time you see it, it’s already too late. The spread of the COVID-19 pandemic was no exception to this rule. What’s surprising is that the severity of the pandemic was already known in China, then in Korea and the rest of Asia. It took devastation in Italy for France, followed by the United Kingdom and then the United States, to finally act.

The sharp rise in the daily death figures rapidly turned the pandemic from a virtual crisis into a real one. And then action was taken with extreme urgency, with all that implies. To prevent this from happening again, and to improve the management of this kind of event in the future, by both the population and the public authorities, we need to develop a culture of risk management in all areas, for natural, technological and now health-related disasters. Establishing genuine public "risk management" is an absolute priority.

It’s all the more difficult to grasp because the virus is, by definition, invisible

Absolutely. The vast majority of risks - earthquakes, tsunamis, industrial accidents, cyclones, and so on - can be clearly visualized. They are circumscribed by space and time. But a viral threat is intrinsically invisible, insidious, pernicious. Everyone can imagine themselves as both a victim and a spreader of the risk. We have already seen this with AIDS in the 1980s: we didn’t know where the disease came from, who was carrying it, how it was transmitted, or how to treat it. Mad cow disease is another example, along with asbestos and nuclear risk.

An invisible risk is more frightening, more anxiety-inducing, more paralyzing, and considerably more forceful. It “resonates” far more than a visible risk and creates a deep sense of vulnerability. Cyber risk also falls into this category: it’s invisible, it’s uncontained and its vectors for propagation, which may be global, are unknown. It’s no coincidence that the term “virus” is also used in computer science.

In your opinion, people’s aversion to risk is going to increase. What does that mean in real terms?

Risk aversion is a fundamental variable that explains most economic and social behavior, whether at an individual or collective level. We can expect the current crisis to increase people’s aversion to risk due to a twofold effect.

First, a recognition effect: the rampant progression of COVID-19 has made pandemic risk tangible for a very large number of players who were previously either totally unaware of it, or at best underestimated it. Until that point, this kind of crisis was not part of the public mindset, it was simply “unimaginable”. For the general population, the idea of a pandemic brought to mind the great historical fears of another time, which appeared to have been eradicated: the plague, leprosy, tuberculosis, cholera, and so on. The last images of hospital wards filled with iron beds and nurses in caps, taken during the Spanish flu epidemic a century ago, have yellowed with age.

In the “modern” collective unconscious, pandemic risk was seen as a kind of illusion from the past! The subjective awareness of risks - in terms of both probability of occurrence and severity – is actually often very different from the objective characteristics of those risks. This cognitive bias is all the more marked when it comes to rare events. This is why the current pandemic has a recognition effect: pandemic risk will now be viewed – quite rightly – as an absolutely major risk by a very large part of the global population, and by all public decision-makers. In a different vein, the attacks on the World Trade Center had the same kind of effect, suddenly making the world aware of the risk of “hyperterrorism”.

And the second effect?

The second effect is a displacement effect: as is always the case after a major trauma or shock, aversion to risk – and particularly to the risk in question - increases, all else being equal. The demand for security in the broadest sense rises sharply, and additional demands for protection appear. This provides fertile ground for multiple initiatives purporting to reduce the probability of said risk occurring, and to minimize its consequences. We saw it after the attacks on the World Trade Center: that shock had far-reaching impacts on a global scale – wars, heightened security measures, restrictions on freedom, and so on. We also saw the same kind of effect following the 2008 financial crisis: global legislation to manage banking and so-called "systemic" financial risks mushroomed throughout the next ten years!

We will see a similar phenomenon with the historical shock caused by the COVID-19 pandemic and the multi-faceted crisis - health, social, economic, financial and even geopolitical - that has gone with it. We can already say that the “value” of human life and the absence of human suffering has been significantly reassessed. Budgetary decisions in particular will now be taken against the backdrop of this new context, which is marked by a new value scale.

Does the role of the State need to change?

Let’s keep saying it: the State must now concentrate all its efforts on public risk management. It has confined itself to a mainly curative, reactive role for too long, patching up its wounds ex-post. And it always seems to act in haste. It must now prioritize prevention and protection. It’s perfectly legitimate for the State to organize prevention, to ensure the ex-ante safety of its citizens. You could even say that this is its original, historical role. It’s striking now to see how this pandemic took all the institutions concerned in France by surprise: hospitals were unprepared, detection capability was virtually non-existent, masks were unavailable, lockdown measures had not been planned, and so on. Some countries, like Germany and Japan, were better prepared and have done a better job of managing this health crisis. In the future, the State will need to make greater use of technology to be more efficient.

Technology can help to contain the pandemic far more efficiently, at a lower economic cost. The scope and the limits of using tracking technology in a democracy will now inevitably be issues for consideration, and that consideration will no doubt stretch beyond health risks. Should we apply indiscriminate measures, general lockdown, essentially curative measures, or should we use targeted, more proactive and preventive measures? Here too, doctrines will have to be reviewed in the quest for an effective way to protect populations.

Finally, the virus knows no borders… and international organizations have not really shone during this crisis. All efforts must now focus on developing and implementing regional, national and international systems to make us individually and collectively better prepared to face the next pandemic.

Some say that this pandemic was caused by an excess of free market economics?

To say that the free market economy is the "guilty party" behind this pandemic makes no sense. We are no longer in the Middle Ages when we saw in disasters a sign of punishment or divine wrath, coming to strike those who had gone astray. Today we live in an increasingly globalized world, where there has never been such significant movement of people. Clearly, the more people interact, the higher the risk of a pandemic. But this increased movement of people is not exclusive to free market economics!

The COVID-19 pandemic is a shock of historic severity. Half of humanity is under lockdown, the world is entering a recession of unprecedented proportions, public and social deficits are exploding, democracies are worried - have we lost control of our destiny? In mechanics, the resilience of a system is its capacity to absorb a shock, its ability to withstand rapid stress. In fact, the shock of this pandemic is so violent that the overall resilience of our modern societies is being sorely tested, in economic and financial terms as well as on a social and political level. Yes, the world should “bounce back”. But will it eventually get back to its “original course and position”?

The fundamental question is whether this shock is mainly short term - i.e. whether this shock, as serious as it is, will only cause transitory effects - or, conversely, whether it is structural - i.e. whether it will profoundly and permanently alter the world’s basic equilibrium. Qualifying the post-crisis “recovery” brings to mind another key mechanical concept: that of elasticity. So long as the original system is not “too” distorted, it will return to its initial shape. However, if the stresses applied to it exceed a certain value, a certain threshold, it will be irreversibly distorted: its initial shape will change permanently and structurally. Thus, a spring returns to its original shape after being compressed or stretched, but only if it hasn’t been broken...

I believe that this unprecedented pandemic shock has sharply increased the likelihood of crossing the world’s “elasticity threshold”. If that happens, the course of History will be substantially altered by this crisis, which is challenging many of our beliefs and calls for original solutions in many areas. In other words, this shock could significantly and lastingly shift the “axis” on which the world has turned until now. By how many degrees is open to debate.