A future free of cervical cancer

Understanding the implications for public health and insurance underwriting 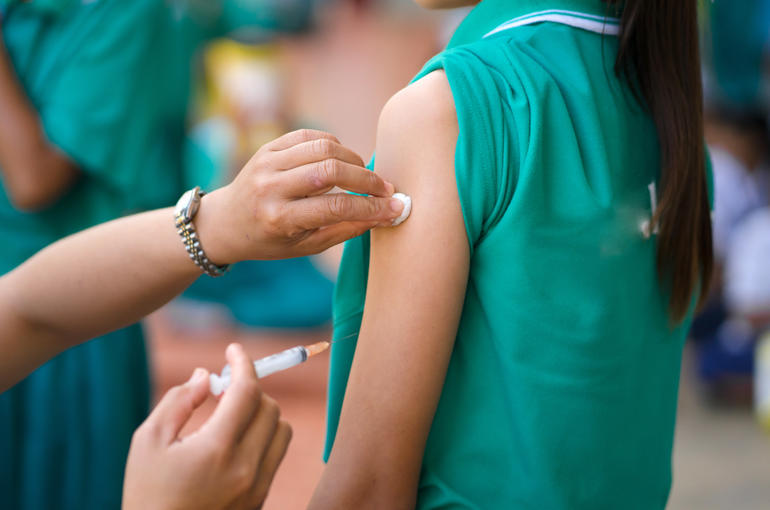 With many cancers it’s hard to pinpoint any single cause; typically, there will be several risk factors at play. Depending on the type of cancer, smoking, poor diet, sun exposure, genetics, or other factors might contribute. Cervical cancer, however, is caused almost exclusively by Human Papilloma Viruses (HPV).
Now, cervical cancer is following in the footsteps of measles, mumps, and polio to become the next on the list of diseases all but eradicated by vaccines. Cervical cancer rates have continued their steep decline in recent years as the virus fails to find a foothold in the largely vaccinated generation coming of age in many countries around the world.

Cervical carcinoma in situ (CIS, sometimes called Tis), or stage 0 cervical cancer, most commonly presents in younger women and can take up to ten years to progress to an invasive stage. Screenings continue to play an instrumental role in detecting precancerous cell mutations before they can develop into cancer.

“Screenings for cervical cancer provided the first medical demonstration that prevention may reduce the incidence of invasive cancer and, thereby, reduce mortality,” said Dr. Eric Raymond, a practicing Paris-based oncologist and medical consultant at SCOR. “In the area of oncology, it was seminal to justify further screenings like those conducted for breast cancer.”

The screening process has evolved away from the Papanicolaou test (or PAP smear), progressively being replaced by HPV tests that detect high-cancer risk HPV strains and can be self-administered.

Shortly after the link between HPV and cervical cancer was discovered 20 years ago, vaccines were introduced to prevent the spread of HPV. There are several different HPV vaccines that protect against the most common HPV strains causing cancer and, in some cases, against strains that cause genital warts.

A recent study published in The Lancet compared data relating to cervical cancer in England from January 2006 (pre-vaccination) to June 2019, showing the inarguable success the vaccines have had: cervical cancer incidence reduced by 34% in those who received the vaccine between ages 16 and 18, by 62% when vaccinated between 14 and 16, and by 90% in those vaccinated at 12 or 13 years old.

Meanwhile, certain countries like the U.S. and Ireland have only seen a moderate uptake of the vaccine as vaccine reluctance has surged in recent years. Meanwhile, lower income countries face barriers such as availability of the vaccine and access to medical care.

Underwriting recommendations have evolved relatively quickly as widespread vaccination and frequent PAP smear and HPV test screenings have proven extremely effective at preventing and detecting any early-stage abnormalities before they become cancerous. When detected at early stages, these changes are easily treatable and are unlikely to lead to further complications, meaning that there is generally very little additional risk of mortality.

Based on systematic reviews of medical data and knowledge of medical progress, SCOR is able to recommend coverage at standard rates even if an early-stage abnormality is detected. This means that, following a negative follow-up and barring any additional risk factors, even if an applicant has recently been treated for CIN 3 (abnormal, pre-cancer cells) or Tis N0 M0 (stage 0 cancer), SCOR will recommend she receives standard cover for both life and critical illness coverage.

This opportunity to offer more coverage at standard rates is beneficial for insurers and more inclusive for the insured. For more information on SCOR’s recommendations for underwriting cervical cancer risks, please reach out to your local SCOR representative.