How is the “greening” of the insurance industry going?

Green and responsible finance is gaining real traction as many people consider the role it could play in the post-pandemic recovery. 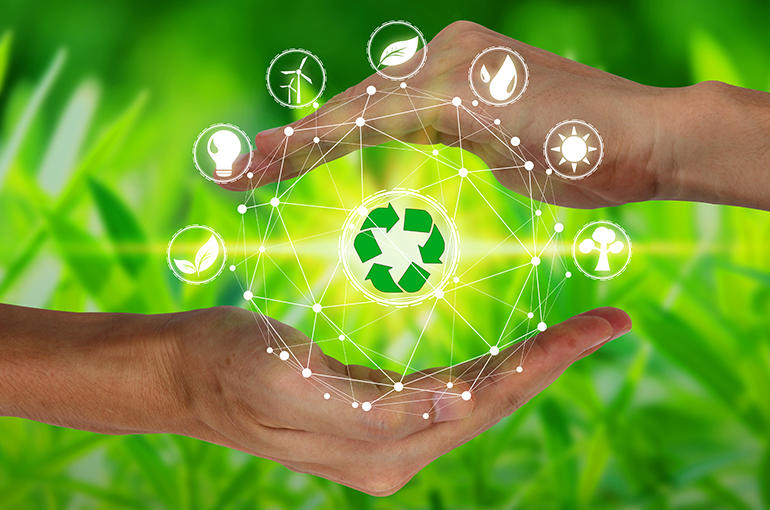 Just like other sectors, insurance is not immune to climate change. Climate change affects the industry in three ways. It creates new risks that need to be covered, it increases the costs of traditional claims arising from climate events, and via so-called “stranded assets” (unrecoverable because they are linked to fossil fuels), it affects the value of assets that are used to cover liabilities.

The Solvency II Directive requires insurers to assess all the risk factors to which they are exposed over the short and long term. This applies even where these risk factors are poorly captured by the standard formula, which is used by most insurers to quantify their solvency capital requirements (SCR). At the very least, insurers must include climate change risks in the forward-looking Own Risk and Solvency Assessment (ORSA) they are required to carry out every year, as EIOPA, the European insurance supervisor, reiterated in September 2019.

To clarify these requirements, the revised version of the Solvency II Directive should lead to climate risk being expressly rather than implicitly included in the regulation of the sector, particularly in insurers’ ORSAs and their solvency assessments.

Insurers have not sat idly by and waited for the regulators to address the issue of climate action. They have already been covering the surging costs of climate events such as windstorms, floods and droughts, and they require policyholders to take appropriate preventative measures. However, while it is clear that insurers are playing an active part in addressing climate change as the underwriters of climate risks, most action is probably expected of them on the investment front because that is where they can have the most significant climate impact.

Greening is forging ahead

From this perspective, insurers are well aware of the stakes involved in climate action. In 2019, 65% of their investments, representing EUR 1,700 billion in assets, were screened using ESG criteria (57% of equities, 93% of corporate bonds and 83% of sovereign bonds) and climate criteria (physical risks and transition risks). Awareness does not always lead to action, however. That same year, just 3.5% of assets held by the French insurance industry, i.e. EUR 92 billion, were invested in environmental or green infrastructure funds, green bonds or green real estate. This figure, which looks disappointing at first glance, should not mask the fact that the greening of French insurance industry assets is forging ahead, since these kinds of investments have increased by more than 50% year-on-year.

Insurers may claim, nonetheless, that they do not have a free hand over a large proportion of their assets. In Life insurance, each policyholder decides which unit-linked vehicle their savings will be invested in. Insurers are of course there to educate and guide them with their decisions. In addition, French insurers have pledged to include at least one unit-linked vehicle with socially responsible, solidarity-based or green accreditation in their product range, and this commitment has now become a legal obligation under the PACTE law. Results have fallen short of expectations, however, with savings invested in “Greenfin” unit-linked vehicles barely topping EUR 1 billion (while socially responsible and solidarity-based unit-linked accounts have attracted far higher volumes). The 2019 figure should not eclipse the strong year-on-year increase, with savings invested doubling.

All in all, although the insurance industry, unlike reinsurance, has unquestionably been slow to green its activities, it is now working flat-out to address this issue.

Philippe Trainar is a graduate of the Ecole Nationale d’Administration. He has twenty years’ experience of working in the insurance industry, after having held various positions of responsibility at the French Ministry of Finance and as economic advisor to the Prime Minister Edouard Balladur. From 2006 to 2016, he was Group CRO of SCOR, Group Chief Economist, and member of the Executive Committee. He is a member of the scientific committee of the French supervisory body ACPR. Since the beginning of 2017, he has been Professor of Insurance at the Conservatoire National des Arts et Métiers and CEO of the SCOR Foundation for Science. He has published in various scientific journals such as Economie et Statistique, the Journal of Risk and Insurance and the Geneva Papers. He was the editor of the scientific Revue Française d’Economie from 1995 to 2017. With David Cummins he was awarded the Casualty Actuarial Society prize in 2010, and was also awarded the Zerilli Marimo prize from the Académie des Sciences Morales et Politiques in 2018.

First name
Philippe
Last name
Trainar
Job title
CEO, SCOR Foundation for Science
Subscribe to alerts
Stay up to date with all the latest from SCOR