A new era for globalization? 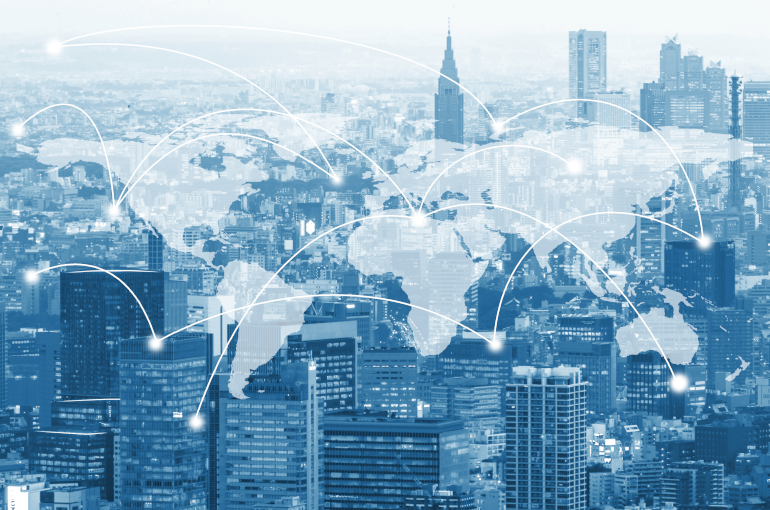 By provoking the biggest commodity shock since the 1970s, Russia’s invasion of Ukraine has brutally reminded us of the stakes involved in Europe's heavy dependence on Russian gas. According to the European Commission, the European Union imports 90% of its gas, with 45% coming from Russia alone. The EU sanctions imposed so far against Russia reflect how critical this dependency is. Beyond the possible gas shortages for Europeans next winter, the global economy is again facing huge supply chain disruptions, as demonstrated by the successive shutdowns of car plants due to a lack of components.

The Russia-Ukraine conflict could thus further undermine confidence in globalization. The Covid-19 crisis had already revealed the strong interdependencies that had built up in many sectors, including the healthcare industry. The manufacture of paracetamol is a prime example: when the pandemic struck, French plants were unable to produce enough of the drug to meet demand, because the production of its active component had been relocated to China and the United States in the interests of optimization.

In light of this, self-sufficiency could become the new mantra, putting an end to several decades of vigorous free trade.

Many definitions of globalization exist in the economic literature. But On the Principles of Political Economy and Taxation (1817) by David Ricardo laid the foundations of modern globalization, known as the theory of comparative advantage. Using the example of wine and cloth production in the United Kingdom and Portugal, the economist demonstrated that international trade, by allowing countries to specialize in sectors in which they were relatively more efficient, increased world production and allowed each country involved to benefit, thus presenting free trade as a positive-sum game for all countries.

The first wave of globalization thus began in the middle of the 19th century, spearheaded by Great Britain, which had adopted Ricardo's theory of comparative advantage. This was followed by a golden age in which trade and migration intensified until the Great Depression: between 1870 and 1913, European international trade increased by 294%. This increase was made possible by low transport costs and stable exchange rates set up by the gold standard.

The Great Depression put an end to this first wave and provoked the return of a certain form of protectionism. The second wave started after the Second World War, this time under the leadership of the United States, with the creation of the General Agreement on Tariffs and Trade (GATT), the precursor of the World Trade Organization (WTO). With the opening up of the Chinese economy and the end of the Cold War, the process of globalization accelerated once again.

As identified by the American economist Richard Baldwin, the modern globalization process has developed in two stages. In the first stage, lower transportation costs and trade barriers made it possible to detach the place where goods were produced from the place where they were consumed. In the second stage, the information and communication technology revolution from the end of the 20th century onwards lowered the cost of moving ideas, as well as goods, over long distances. Companies were able to separate different stages of manufacturing across different production units, whether located in their home country or abroad. This led to the emergence of international production chains, in which the various tasks required to produce goods are performed in different countries according to their comparative advantages. The Covid-19 crisis derailed this setup, as highlighted by Apple reducing its iPhone production due to a shortage of chips.

Innovation and a favorable political environment have thus contributed to the globalization of the economy as we know it today.

The pandemic, and more recently the Russian-Ukrainian conflict, have highlighted the limits of this system. But the issue may actually go back much further. Due to its magnitude and its broad impact, the Great Financial Crisis could be considered as a starting point. The consequences of a rising sense of being “left behind”, the Brexit victory, and the election of Donald Trump, all appear to signal a decisive shift away from migration flows and free trade. Due to the trade war started by Trump, foreign direct investment flows between China and the U.S. have decreased to USD 5 billion a year, compared to USD 30 billion just five years ago.

In its working paper, The Distribution of Gains from Globalization, the IMF looked in detail at the differential gains from globalization, both across and within countries. Based on economic data from 147 countries between 1970 and 2014, the study concluded that income gains were substantial for countries at early and medium stages of the globalization process. However, for advanced economies, the conclusion was that the diminishing marginal returns from globalization could result in rising inequality, gains being concentrated at the top of national income distributions. Domestic public policies would be necessary in this case to mitigate the adverse distributional effects of globalization.

At the heart of the negative effects of globalization highlighted by the pandemic, supply chain bottlenecks have resulted in soaring inflation, adding to inequality. With the energy crisis triggered by the Russian invasion of Ukraine, large public spending programs have been deployed to mitigate the negative impact on households’ income. Moreover, the invasion raises the issue of maintaining key economic relations with autocratic countries, especially when considering the trading of vital raw materials.

In light of all this, deglobalization could be on the way, eroding, in a sense, a form of ultimate capitalism where negative environmental and social externalities have mostly been ignored. Deglobalization could well be an opportunity to change consumer behavior and to integrate the cost of those externalities more clearly. However, a reversal of globalization would be far from simple. The digitalization of economies and societies will continue to push for the easier and faster movement of people, goods and services. In reality, when put the test, the capacity of consumers to accept higher prices for essential goods has often proved to be low, and could rapidly degenerate into social unrest. To be acceptable, such a move would have to be accompanied by additional government support, which would increase budgetary deficit.

Given that in many industries, the reality of comparative advantage is difficult to deny, all options are on the table. For example, the German Finance Minister called on March 20th for a reopening of talks on the Transatlantic Trade and Investment Partnership (TTIP) with the United States, saying “it is becoming clear how important free trade is with partners in the world who share our values." This represents a turning point in Germany’s economic policy, which had previously been a strong supporter of “change through trade” (“Wandel durch Handel”).

Whatever happens next, the European Union has already started to rethink its trading practices. While being in favor of trade openness, it is now looking to increase its strategic autonomy in certain key sectors, such as health, defense, and more recently energy.