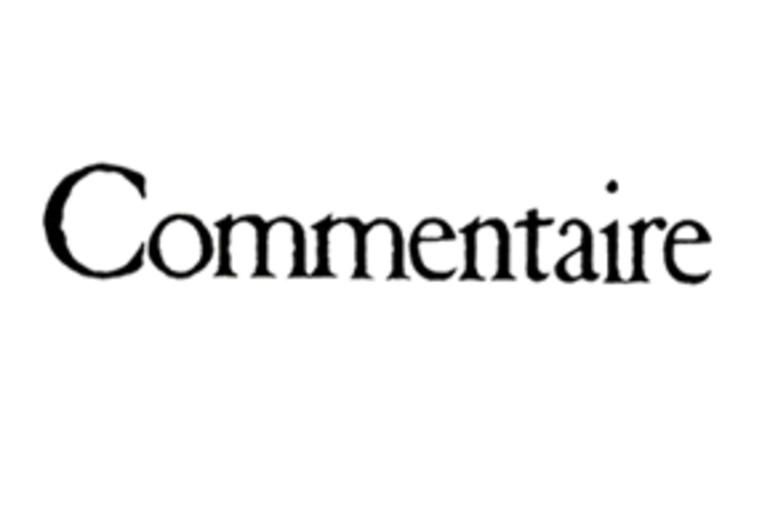 Created in 1978, Commentaire publishes a collection of articles, critiquing ideas of today that will shape tomorrow’s society. Please see below "The Return of the Inequality Debate", an article written by Denis Kessler, Chairman & CEO of SCOR and Philippe Trainar, Economist and Advisor to Denis Kessler.

"Capital in the Twenty-First Century" by Thomas Piketty[1] has revived the debate on wealth and income inequality. Piketty's book is not just an empirical observation but a veritable "saga" of inequality - its past, present and future. The author's persuasive prose makes no secret of his ambitions to replace Karl Marx's work of the same title, but without the encumbrance of his Hegelianism. By proposing a coherent historical overview, he brings to the contestation of the elite a rationale - the over-accumulation of capital - and a motivation - the predicted explosion of inequality. Piketty's book arrived at just the right time to give a second wind to the contestation of capitalism and liberalism, which was running out of steam. It is now time to review the debate it has raised and try to assess what it has contributed in terms of understanding inequality and the dynamics of capitalism. We propose to so do by drawing up a list of inequalities, making a critical assessment of the core argument - the coming explosion of inequality, which has made Thomas Piketty's work such a success – and finishing with an analysis of the many factors that have contributed to recent patterns of inequality and result from different economic logics than that of the dynastic accumulation favoured by Piketty. Throughout the analysis below, it must be remembered that what is called inequality often comes from disparities in income and wealth which are mostly "natural" or "explainable", particularly when they are due to differences in the number of years spent working or studying, or to an accumulation, as the person gets older, of disparities in income and attitudes to saving.

Titre du bloc
Lire le PDF
Le retour d ...
Subscribe to alerts
Stay up to date with all the latest from SCOR