As part of a series of articles by corporate leaders for the French economic magazine WanSquare, Denis Kessler looks at how macro-political trade-offs are likely to shift following the coronavirus pandemic. 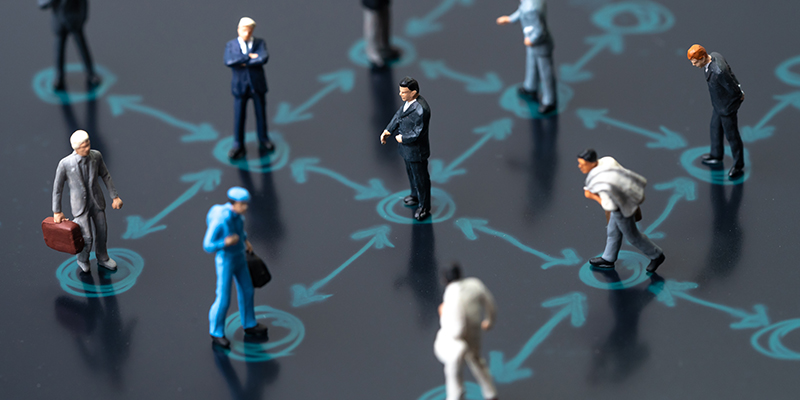 Major crises, like the current public health crisis, have the effect of distorting collective utility functions. When the crisis ends, fundamental objectives are “reweighted”, which leads to different trade-offs from the ones that prevailed before. The alteration of these key macro-political trade-offs then leads to a whole series of changes for a number of economic and social decisions. Broadly speaking, the weighting in these trade-offs is likely to shift as follows:

1) The trade-off between risk and safety will be reweighted towards safety. The current crisis has made the entire global population feel extremely vulnerable. Everyone feels affected, which is very rare when it comes to risk. As a result, the crisis is leading to a general increase in risk aversion, which means the least risky option is almost always going to be chosen over than one that appears uncertain, random, or capable of producing adverse effects, even minor ones. This phenomenon will affect both savings and investment choices, demands for guarantees and security, the reinforcement of preventative and precautionary measures, and so on. Public-sector demand will grow despite the sharply rising cost of government action, and demand for health protection will increase significantly. Each country has made explicit or implicit trade-offs when deciding whether to prioritize public health or the economy. France has clearly decided to prioritize health above all else. Moreover, decision-makers will be even more inclined to adopt the least risky solutions for fear of being called into question.

2) The trade-off between local and global will be reversed post-crisis. The inversion of spatial priorities means that national concerns will take priority over global concerns, and regional concerns will take priority over national ones. After some 40 years of bringing down political, trade, financial and monetary barriers, we are likely to see them built back up significantly. Already, we are seeing broad demands for protectionism under the guise of public health independence, national sovereignty and strategic interests. The movements of people, goods, innovations and capital are all likely to be subject to greater restrictions, checks, quotas, levies and various other “obstacles”. And because these centripetal forces are self-sustaining, it will be difficult to stop them once they are unleashed: each measure will trigger a retaliatory one, and the situation will continue to escalate. At a national level, the same decentralization of action – or "de-verticalization" – will take place in countries that have not handled the crisis particularly well, such as France. This will not be the case for countries with a military-industrial tradition – such as Japan, Germany, South Korea and Taiwan – which have demonstrated the effectiveness of their systems. Another pending development concerns the role and the functioning of international organizations, which at the very least appear bureaucratic, unresponsive and detached from the reality on the ground. In practice, the most effective approaches are often oblique ones that combine both a vertical and a horizontal approach to policy definition and implementation. Finally, the ongoing "re-spatialization" of the world is also reflected in the trade-off between office and home work.

3) The trade-off between the short and the long term will shift towards the short term. The third distortion of the forces underpinning our collective choices will concern intertemporal trade-offs. Short-term emergencies cause time horizons to shrink considerably. The current crisis has led to a succession of emergency measures in various areas: public health obviously, followed by the financial and economic, social and, inevitably, political fields. The repeated urgency has led to an underweighting of long-term matters. The negative consequences of the emergency measures over the long term seem to be underestimated, ignored, or hidden. No-one seems interested in the explosion of deficits in government budgets and social-security systems, or in the huge increase in central-bank balance sheets. After years of trying to convince society that deficits and money creation must be controlled, we are now entering a new era and seeing a sudden paradigm shift. The standards of the Maastricht Treaty have been blown apart and the "new normal" as it is now called will result in a public debt-to-GDP ratio more than double that set out in the treaty. In the same vein, the era of governments adopting a hands-off attitude to the economy seems to be over. The public authorities have never been asked for so much and are responding diligently to all these requests for intervention. The role of the State almost always expands during a crisis, and we are already seeing increased collectivism in many areas. It remains to be seen whether these developments are temporary or permanent. There is a real risk that they may be structural. The trade-off between the short and long term also concerns the timing for allocating the costs of this crisis. Governments are spending urgently and freely, but how will that spending be financed? It is striking how the dominant choice seems to be geared towards delaying the inevitable taxes needed to pay for all this spending. Some are even talking about "perpetual" loans! The underlying idea is to “smooth out” the cost of today's public health and economic crisis over many generations, rather than paying it off. The problem is that the crisis has led to a further fall in interest rates due to the actions of the central banks - this makes the increase in debt relatively painless, but the situation will not stay the same forever. Interest rates will rise, removing any room for budgetary maneuver if further disasters occur. Intertemporal trade-offs really are the hardest thing in the world to make. It is a safe bet that most countries will take the easy option today, storing up any trouble for the future.

4) The trade-off between freedom and responsibility, and between laying down standards of behavior and controlling that behavior, will shift towards the latter. The fourth development taking shape concerns the gradual tightening of the degrees of freedom available. In the name of protecting specific individuals and the population in general, many restrictions – which are standard in times of war but unprecedented in peacetime – have been imposed during the current crisis. The coronavirus pandemic is a textbook case for anyone studying negative externalities. Because one person's behavior can adversely affect others, for example by passing the virus on to them, it is legitimate to restrict people's freedom – to move around for example – and to impose measures of all kinds, including surveillance of those infected. New technologies are making it much easier to control behavior than before. This can range from mandatory vaccination to tracking people's movements. This temptation to tighten control – a more accurate term would be “monitoring” - inevitably reduces individual freedom and responsibility. The issue is more complex in practice and is also linked to the problem of targeting at-risk groups. Some countries such as France have opted for general measures over targeted ones. These measures are implemented through laws and regulations, and it is difficult to achieve tailor-made or even "ready-to-wear" solutions; there is a tendency to adopt a "one-size-fits-all" approach. Other countries like Germany have adopted measures that are more targeted towards certain groups, which appears to have been much more effective than the indiscriminate approach. As a result, the new trend of adopting micro-social rather than macro-social policies could become an underlying trend in the years ahead. This will require major re-engineering of the State, whose current organization prevents the implementation of such targeted policies.

5) The trade-off between efficiency and inequality will be strained even further by the health crisis. The two main objectives of any policy remain the quest for efficiency (achieving growth, raising living standards, increasing incomes etc.) and equity (combating inequalities in terms of income, wealth, access to healthcare and education, etc.). These two objectives are to some extent inversely linked, insofar as one can only be pursued to the detriment of the other. The health crisis is causing a sharp drop in efficiency in the countries affected, for example by pushing up unemployment and pushing down incomes and investment. It is also increasing inequalities –between those with access to healthcare and those without, and between people protected from the economic crisis and those exposed to it – as well as income gaps between countries. The dilemma between building and distributing wealth is a constant in the policy choices of every country, but the current crisis is exacerbating this dilemma, because we are seeing both a fall in efficiency AND an increase in disparities. Every country will have to address this dilemma and make crucial choices, and this will have major political consequences. As well as the public health crisis, countries are experiencing an economic crisis, which could lead to a social crisis, which in turn could lead to a political crisis. The path out of these crises is particularly narrow, and undoubtedly fraught with danger.

In an interview with l’Express magazine, Denis Kessler, Chairman & CEO of SCOR, reflects on the long-term consequences of Covid-19 and on society’s growing aversion t