Upending the game table? - EDITORIAL FOR CHALLENGES BY DENIS KESSLER

In France, even the slightest talk of reform meets with increasing resistance on the part of a certain percentage of the population. You only have to listen to the news. The increase in the French CSG welfare tax raised a general outcry, the increase in fuel tax has sparked off a protest movement and plans to reform the pension scheme have already met with stiff resistance. The hypothesis that says no reform is possible in France without creating commotion and tumult seems irrefutable. How can we explain our country’s almost congenital inability to implement reform?

In the post-war boom, France’s economic “game” was mainly a positive-sum game. Each year, the government produced a “surplus”, to quote the French statistics office. And the whole economic and social game consisted in dividing up the fruits of growth. But how much was to go to companies, to households and the State? To consumption and investment? To direct salaries and indirect salaries? To the working population and pensioners? The State took on the role of umpire, even though it was itself one of the players. Social dialogue consisted in agreeing on how to divide up the surplus: an increase in the minimum wage, an increase in industry wages, an increase in social security contributions, an increase in taxes and public expenditure, etc. In a positive-sum game like this, there is, more or less, something for everyone. The players might regret that their share of the cake isn’t bigger, but the game doesn’t get out of hand, because ultimately each share of the cake increases, albeit at a different rate.

The two oil shocks upset the whole thing. Outside expenditure increased and growth slowed until the surplus finally disappeared. It gradually became a zero-sum and even negative-sum game, and tensions between the players mounted considerably. The sums distributed could no longer be provided by current income. While the post-war institutions were perfectly suited to times of prosperity, they proved to be highly inadequate when the lean times came along. The umpire turned out to be incapable of managing the situation and knowing how to deal with it - the only way to keep the players from grumbling was to hide the truth. Game theory teaches us that it is easier to share something abundant and precious than something scarce of little value. Faced with the dilemma of how to share a cost, a burden or a bill, the players, who were used to sharing surpluses and profits, simply took the easy way out: procrastination and denial. First, we let the value of money go down, due to inflation and devaluation, which led to all the players getting poorer. Then, we allowed deficits to increase and debts to accumulate, which meant that the results of our gross incompetence were passed on to the generations of the future. And in that way, the debt was distributed.

But the situation started to get worse. The move to a single currency meant that it was virtually impossible to keep resorting to the old, time-worn expedients. It was time to balance the books of the past even if growth had slowed down to such an extent that it was at a virtual standstill! Times were leaner than ever and just seemed to be getting worse. For years, the economic game in France has thus been moving towards a largely negative-sum game. It would seem that each time one of the stakeholders starts gaining, another starts losing and, to make matters worse, there are fewer and fewer winners and more and more losers! It is not surprising that people are increasingly refusing to “play” on the grounds that the game is no longer fair and that the State - the umpire who is supposed to ensure fair play - is rigging the roulette table. In this context, the traditional players of the social game - unions, employers, administrations - are losing their legitimacy, outmatched by those who are against the very idea of participating in a social and political democracy.

To restore growth and surpluses and share them fairly, we need reforms. But resistance keeps growing. People increasingly see reforms as being bad for their purchasing power, their wellbeing, their usefulness and even their children. And that’s where the dilemma lies. To return to a positive-sum game, we unfortunately have to agree to play a few negative-sum games first. Political and social games are games that have to be repeated and not just played during a limited period of time. Common sense and theory tell us that we should only agree to lose the first time if there is a non-nil probability of winning the next time. But when you no longer believe the game is being played fairly, you stop playing, especially when each player thinks that their loss is always greater than anyone else’s. That’s when you challenge the umpire and upend the game table! There is no doubt that a “negative-sum game” is the ideal breeding ground for populism. 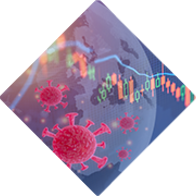