SCOR announces the appointment of Ian Kelly, currently Head of Investor Relations, as Chief Financial Officer, with effect from October 2, 2020.

SCOR announces the appointment of Ian Kelly, currently Head of Investor Relations, as Chief Financial Officer, with effect from October 2, 2020. Ian Kelly will join the Group Executive Committee on this date.

Mark Kociancic has decided to pursue a new direction in his career, having successfully served as Group Chief Financial Officer since 2013, following successively senior positions within Finance since joining SCOR in 2006.

Denis Kessler, Chairman & Chief Executive Officer of SCOR, comments: “I am delighted that Ian Kelly is joining SCOR’s Executive Committee as CFO. His promotion bears witness to the depth of the Group’s talent pool. Ian has spent a large part of his career at SCOR. He knows the Group extremely well and has a strong command of the financial mechanisms of both Life and P&C (re)insurance. He has successfully fulfilled his role as Head of Investor Relations and his great professionalism is appreciated by everyone he deals with. Along with the entire team, Ian will actively pursue all the Finance transformation projects initiated by Mark, which rest in particular on the use of new technologies. Given Ian’s intellectual and human qualities, we are confident that he will be successful in this new key role. The Executive Committee and I look forward to working with Ian as part of his new responsibilities.

On behalf of the Board of Directors and the Executive Committee, and speaking personally, I would like to thank Mark Kociancic for his strong contribution to the Group’s development since he joined us in 2006. Over the past seven years as CFO, he has successfully led several financial operations and improved the performance of the Finance function within the Group, actively preparing the transition to the new IFRS 17 financial accounting standard. I wish Mark every success in this new chapter of his career.” 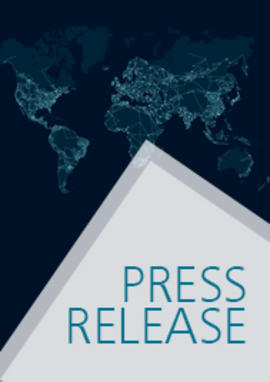