In a year marked by exceptional events, SCOR demonstrates its shock-absorbing capacity, records a net income of EUR 286 million and proposes a dividend of EUR 1.65 per share

Body
Following an exceptional series of major natural catastrophes, SCOR delivers strong results in 2017, once again demonstrating its shock-absorbing capacity. The Group’s strong growth, balanced between its Life and P&C divisions, along with its active robust capital shield and its prudent asset management, enable SCOR to reaffirm all the targets of its “Vision in Action” strategic plan for the remainder of the plan.
Confirming its active capital management policy, SCOR proposes to the Annual General Meeting a dividend of EUR 1.65 per share for 2017, unchanged from EUR 1.65 for 2016, representing a payout ratio of 108%. The ex-dividend date for 2017 will be set on April 30, 2018, and the dividend will be paid on May 3, 2018. The Group also pursues its share buy-back program, which expires mid-2019.
SCOR reaffirms all its targets and assumptions for the remainder of the “Vision in Action” strategic plan.
Full-Year and Q4 2017 key financial details
Image 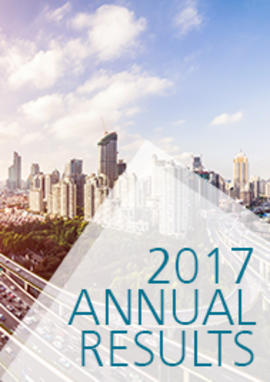